The Wonderbot is a supporting character in Robots. It is voiced by Ice Age director, voice of Scrat and executive producer, Chris Wedge, who also voices the phone booth.

The Wonderbot is a small, sentient machine built by Rodney Copperbottom. It has four kitchen spoons atop its head, which it uses like the blades on a helicopter to fly. Its head is protected by a large cup, with its two eyes peeking out from underneath. It has a small, fragile neck, with a tiny body protected by a small bowl. It also possess three long, wiry limbs which can be used as hands or to create pictures for visual communication.

The Wonderbot is very loyal to Rodney, and was built to help his father wash dishes. It follows Rodney wherever he goes, whether it be crashing a party or helping him get into Bigweld Industries. However, it is also very nervous and prone to short-circuiting when under pressure. It went into a panic when being scared by Herb Copperbottom's boss, Mr. Gunk, and "fainted" when Rodney tried to show it to Bigweld. It is also afraid of heights, as seen when it tried to help Rodney get into Bigweld industries.

However, the Wonderbot does have a tough side. In the final fight, it short-circuits after looking at Madame Gasket's hideous face; but a few seconds later, it reappears wielding a pipe and attacks her. It is the Wonderbot who is responsible for Madame Gasket's ultimate demise: it spins her around wildly on her wire suspenders, causing her to swing right into the Chop Shop's furnace. In the final scene of the movie, it throws Tim out of the victory celebration as revenge for refusing to grant Rodney access to Bigweld Industries.

The Wonderbot can talk a little bit, and can also communicate in a variety of other ways. It makes various chirping, whirring and buzzing noises, indicating its mood. It also uses its three wire-like limbs to form pictures or act out its thoughts like charades. 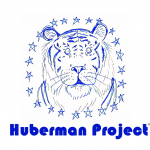